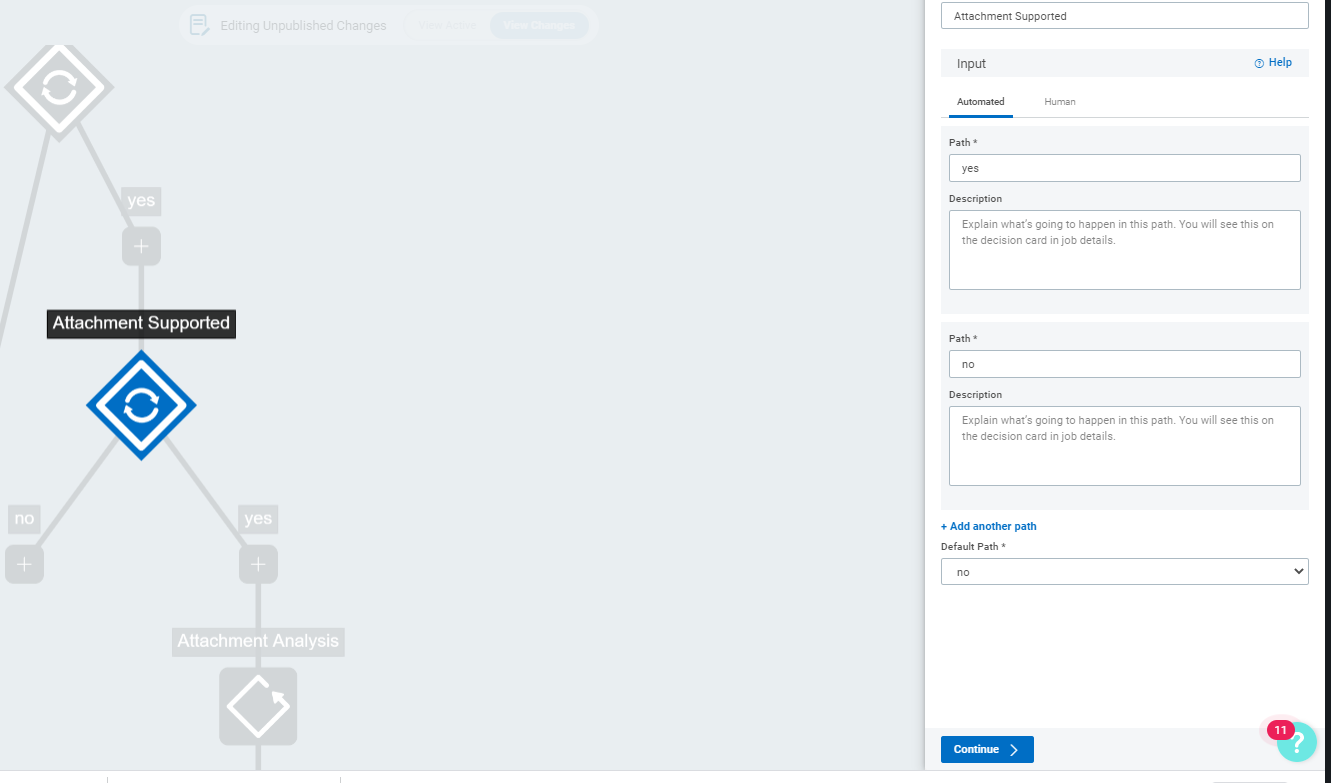 You have to remove the join steps before you delete the decision. Otherwise, InsightConnect isn’t sure how to “rebuild” the workflow after you delete the step.

@joey_mcadams I’ve run into issues where it still will not delete the Decision Step. I’ve either already removed the Join, or I have has situations where I added a Decision, then tried to delete it before adding anything else and I got this. I didn’t open a support ticket because I didn’t know how to preproduce it, but if I can I’ll open one. I feel like if there is a Join further down the line it will do this even if the Join had nothing to do with this decision.

Join is a new(ish) feature and it’s a complex one, so it’s very possible we still have some bugs there. If you can reproduce this we’d love to hear how to do so.

I can open a support ticket, but here is some screenshots of a proof of concept

Create Workflow with a Decision and a Join 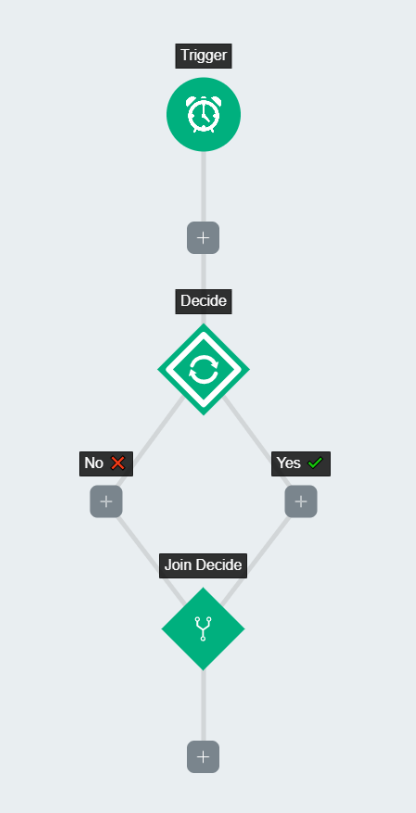 Add a new Decision inside the Decide and Join Steps 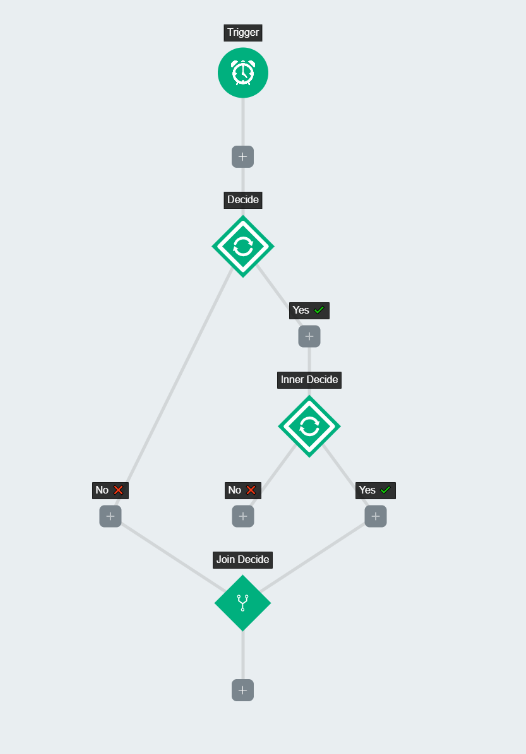 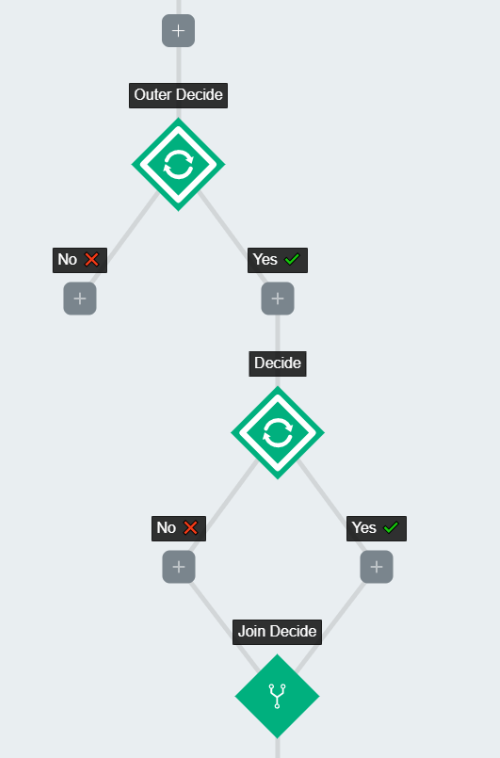 And decide you didn’t want that, but you cannot delete this one either even though the Join should not affect it.

Let me know if I should open this as a support case and if you need any other info.

In both of those cases, on my side, once I delete the join, I can indeed delete the decision steps.

You can also keep the artifacts after the join if you’re deliberate about which paths you keep when deleting decisions.

I think maybe we can make that operation easier, but to me it’s “works as designed”.

Is there more to this that I’m missing?

In my cases it was a much larger workflow with multiple Joins so it wasn’t as simple. Usually I realized I didn’t want it early enough in a draft that I just deleted that Draft, other wise I have some Decisions with a 1=1 and change the name to “Ignore me” because i couldn’t delete them

@brandon_mcclure You are correct. If there is a Decision Step where one of the paths eventually leads to a Join Step then you will not be able to delete the Decision until the Join has been removed. This will happen even if the Decision is further upstream in your workflow and deleting it might not directly impact the following Join Step.

This was done because it is difficult to be confident which Decisions, when deleted, would leave the workflow in a broken state when there is a Join Step present.

With that being said, I completely understand the use cases you laid out and see why it can be frustrating. I filed an enhancement ticket internally so this is something we can take another look at in the future.